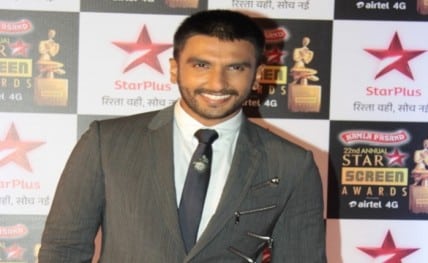 Ranveer sent his best wishes to Vaibbhav, who was seen essaying role of Chimaji Appa in Sanjay Leela Bhansali’s magnum opus in which Ranveer played Maratha leader Peshwa Bajirao I.

According to sources, Ranveer and Vaibbhav shared a cordial relationship during the shoot of "Bajirao Mastani" and referred to each other as ‘brother’. Onscreen, both of them appeared to disagree with each other on everything, but off-screen their rapport was cordial.

Ranveer released a video supporting Vaibbhav for his film.

In the video, he says: “Hi this is Ranveer, don’t forget to watch my brother Vaibbhav’s ‘Mr & Mrs Sadachari’.”

He also asked his fans and Bollywood cine-goers to watch the Marathi movie.

Directed by Ashish Wagh, the film will hit the screens on Friday.  (Bollywood Country Report)

Game Of Thrones’ The Mountain Undergoes A Jaw-Dropping Physical Transformation…