Never liked selling myself as an actor: Pavan Malhotra 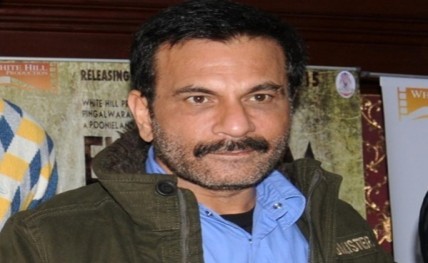 New Delhi, Jan 14: National Award winning actor Pavan Malhotra, best known for his roles in films like "Bagh Bahadur", "Salim Langde Pe Mat Ro" and "Fakir", said he does not like to sell himself as an actor and ask for work from producers.

He feels that it is due to god’s grace that he has received all work that he deserved.

"Every single role that I have played right from ‘Nukkad’ till now, all has come to me. I have never asked for roles. Whenever I have tried, it has not worked in my favour," Pavan, who came into limelight through his role of Hari in late 1980s popular show "Nukkad", said at a seminar titled "Unmasking Pavan" here on Wednesday.

The seminar that took place at the India International Centre (IIC), which has organised a Retrospective of Pavan’s 25 years journey in filmdom, was attended by directors Amit Rai and Mrityunjay Devvrat, theatre director Feisal Alkazi and film critic-director Khalid Mohamed.

Speaking at the event, Rai, who directed Pavan in 2010 film "Road to Sangam", said, "Hollywood actor Daniel Day-Lewis and Pavan sir both started their careers with 1982 film "Gandhi", though Pavan was not acting in that film. Today Daniel is known everywhere, what have Indians given to Pavan? It becomes our duty to appreciate his work."

Devvrat said, "I want to thank Pavan sir for inspiring me always. When we were making "Children of War", we wanted actors who believed in the story and in him we found that. What is best working with him is that he is not just considered about his character, but he works for the betterment of the films."

During the interactive session, Alkazi and Mohamed asked Pavan to work in an adult film considering his "intense eyes".

To that, he replied, "Very often people ask me "What type of a role do you want to play?" Honestly I have never planned my roles. I don’t decide like that. It all depends on the script. If it’s a demand of the script I would do it. I’m an actor, I’ll go for everything."

Asked whether he has ignored media or has the media ignored him, Pavan said, "How can I ignore myself? I think media has ignored me if I have to give a satisfactory answer to this question. As an actor, I have always felt that I have done my job, but later it’s media’s job to talk to me and write about that."

Pavan further said that he does not "belong to any particular school of acting".

"As an actor, there is not particular style of working. You have to mold yourself according to the character that you are asked to portray.

"I look up to a lot of actors, but as an actor I have never tried mimicking and tried to be like them. I have always looked up to Balraj Sahni, Motilal, Amitabh Bachchan, Amrish Puri, Amjad Khan and in today’s generation I like Ranbir Kapoor."

The Retrospective of Pavan Malhotra started on Monday and will conclude on January 21. Some of Pavan’s films that are being showcased in it include "Bagh Bahadur", "Salim Langde Pe Mat Ro", "Brothers in Trouble", "Children of War", "Punjab 1984" and "Eh Janam Tumhare Lekhe". (Bollywood Country Report)

Minissha Lamba On Launching Her Own App: “I Wish To Connect To My Fans Via Video Chats Or Normal Chats”