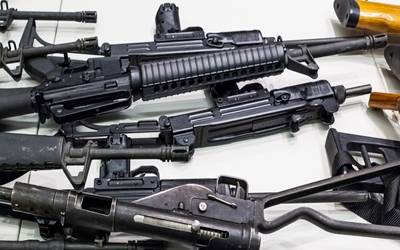 "We are ready to deliver weapons, but we will do it carefully and mainly on a commercial basis," Interfax news agency quoted Kabulov as saying.

Earlier media reports said that Afghanistan had turned to Russia with a request for arms supply.

Critical of the "inefficient" mission of NATO in Afghanistan, Kabulov ruled out the possibility of Russia conducting military operations there similar to the airstrikes in Syria.

"Afghanistan is not Syria and our air force is not going to operate there," he said.

Russia has been launching strikes against Islamic State and other terrorist groups in Syria at the request of the war-torn country’s president, Bashar al-Assad, thus providing support to the government troops.

Kabulov noted that information exchange channels have already been established with Taliban militants in Afghanistan in order to fight against Daesh.

"The Taliban interests objectively coincide with ours without stimulation (over joint anti-terror fight)," said Kabulov.

But he declined to say whether Moscow had plans to regard the Taliban as an ally in fighting IS.

The Taliban, an Islamic fundamentalist group, has been waging an insurgency in Afghanistan since its regime was toppled in late 2001.

Both the Taliban and IS, which has emerged in Afghanistan earlier this year, are recognised as terrorist groups and banned worldwide.