Don’t want my music to be bigger than a movie: A.R. Rahman 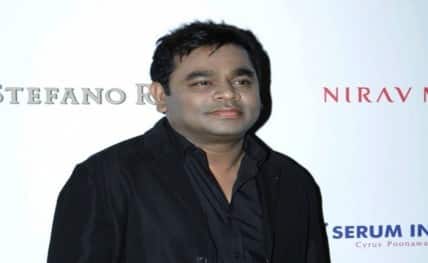 Panaji, Nov 25: His tunes and tracks have popularised him across the world, but Oscar-winning composer A.R. Rahman says he doesn’t want his compositions to be bigger than a film itself.

"I don’t want my music to be bigger than the movies unless music is part of the narrative," Rahman said while addressing a session at Film Bazaar here.

With two Grammy Awards and two Academy Awards in his kitty, Rahman, also known by the sobriquet ‘Mozart of Madras’, has earned a respectable name in the music world.

He shared that he’s always eager to work with new filmmakers as together they can find a "new zone".

However, the musician is apprehensive to take up small movies. "I feel I may pull down the film not because of the filmmaker, but by raising expectations".

Rahman started his journey by composing scores for documentaries and TV shows before he got his first movie break with 1992 release "Roja". Since then, he has composed soul-rendering music in films like "Rangeela", "Taal", "Dil Se", "Jodhaa Akbar", "Swades", "Rang De Basanti", "Rockstar", "Jab Tak Hai Jaan" and "Raanjhanaa".

He got his first international break when Andrew Lloyd Webber invited him to compose music for the Broadway musical "Bombay Dreams", which won him immense fame. He also composed for the stage adaptation of J.R.R. Tolkien’s "Lord Of The Rings" that premiered in Canada in 2006 and in London in 2007. And who can forget his famous "Slumdog Millionaire", which won him an Oscar.

Talking about his experience of working in India and the West, he said: "In India I like narration of the movie rather than reading the script. But in Hollywood, I sometimes read. There, scripts are ready sometimes with sample music".

But Rahman admits he struggles with one thing – technology.

"There is a constant struggle with new technology. I need muscle memory to hit the right keys." (Bollywood Country Report)

India opt to bat against South Africa in third Test

Not terming Indian people outsiders; attempts on to destroy…