Vikas Bahl not working on script with Kangana 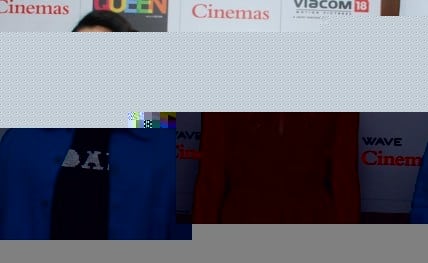 Panaji, Nov 24: There is still time for the hit duo of "Queen" – director Vikas Bahl and actress Kangana Ranaut – to work together again! The filmmaker has refuted rumours that he is working on a script with Kangana as the female lead.

It was reported that the director, who faced a failure with "Shaandaar", is working on a script with Kangana, in which she will be seen playing the role of a stylish chef.

Asked about it on the sidelines of the Film Bazaar here, Bahl told Bollywood Country: "No. Actually I have not prepared a script… Let us see what happens. Till the time I don’t have a script, I don’t know who I have in mind."

Their last outing together, "Queen" was about the female protagonist’s self-discovery from being a meek girl to finding confidence after going on a honeymoon alone. It was lauded by all and even won a National Film Award.

Meanwhile, Bahl is trying to figure out what went wrong with "Shaandaar" and is focusing his attention on finding his next script. (Bollywood Country Report)

Goa to host NorthEast in ISL