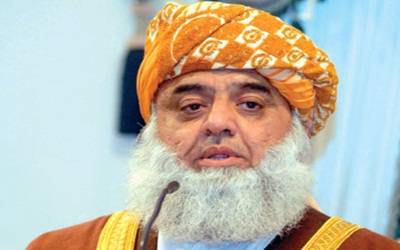 Religious seminaries were being linked with terrorism. The clerics and students were the victims of anti-terrorism laws, Dawn online quoted Rehman as saying while addressing the Mufti Mehmood conference on Sunday.

The JUI-F chief said seminaries, mosques, beard and turban have become the symbols of terrorism. He said seminaries were the forts of Islam where students were imparted the education of Quran and Sunnah.

Rehman asked the government to refrain from taking action against religious institutions.

He said his party would not tolerate action against clerics and religious institutions in the name of eliminating terrorism from the country.

The JUI-F chief said since the creation of the country, its economy, politics and democratic system were under the dominance of the US and western powers.

"The religious leaders and clerics will lead the struggle to free Pakistan from the influence of Uncle Sam and infidel powers," he added.

Delimitation process underway in J-K, polls to be conducted…