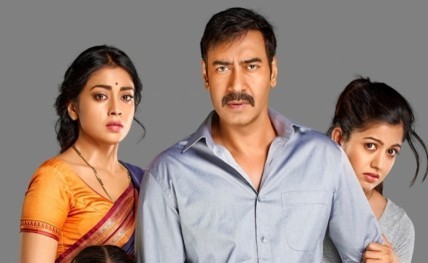 Mumbai, July 31: Ajay Devgn and Tabu starrer Nishikant Kamat’s "Drishyam" has hit the box office this Friday. The film is an official Hindi remake of a Malayalam film of the same name and also features Shriya Saran. Lets see what the audience has to say about the film that brings together Ajay and Tabu after 1994 film "Vijaypath".

It’s a thumbs-up from the audience who can’t stop praising the film and the performances. They are especially impressed with Ajay Devgn and Tabu’s performance in the film. Our rating for "Drishyam" is four stars. (Bollywood Country Report)