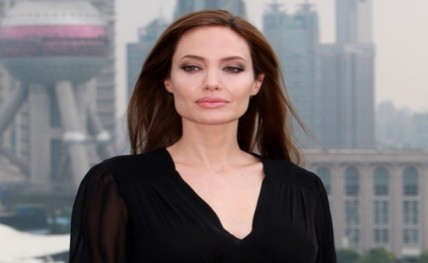 The "Maleficent" star made her first visit to the country in her role as a United Nations Refugee Agency Special Envoy, and one of her first appointments was at Ja Mai Kaung Baptist refugee camp in Myitkyina, where she met a woman who has been displaced 10 times due to unrest.

Jolie, who is also there in her capacity as co-founder of the Preventing Sexual Violence Initiative, arrived in the country with her 11-year-old son Pax on Wednesday and has a busy schedule during her four-day visit, reports femalefirst.co.uk.

It includes an introduction from House Speaker Shwe Mann, gatherings with Myanmar-based activists, and a meeting with President Thein Sein.

Speaking at the start of her trip, she said in a statement: "I am looking forward to meeting with many people including women’s groups, civil society, displaced people and youth, to learn first hand from them about their concerns and hopes for the future of their country."

Before arriving in Myanmar, the 40-year-old star, who also has five other children with husband Brad Pitt, stopped off in Cambodia, the birthplace of her eldest son Maddox, 13. (Bollywood Country Report)

Why teenagers indulge in risk-taking behaviour