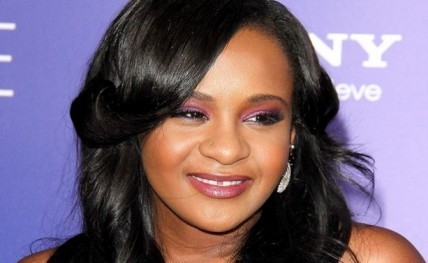 Los Angeles, July 27: Hollywood celebrities like Oprah Winfrey, Missy Elliott, Taraji P. Henson and Snoop Dogg, among many others, have expressed their condolences to the family of reality TV personality Bobbi Kristina Brown, who passed away on Sunday.

The 22-year-old daughter of late singer Whitney Houston died on Sunday night after being in medically-induced coma for nearly seven months, a family representative said.

The 22-year-old was found unresponsive in a bathtub at her Roswell home on January 31 – nearly three years to the day after her mother accidentally drowned in a bathtub in Beverly Hills from a drug overdose.

Here’s what they tweeted:

Missy Eliott: My heart is truly heavy May u rest in peace with your mommy #BobbiKristina sending prayers 2 the Brown/Houston family.

La Toya Jackson: Sooo Sad! My heart goes out to #BobbiKristina the Brown & Houston family and friends! May you #RIPBobbiKristina.

Kylie Jenner: Rest in peace #BobbiKristina. Got a chance to hang out with u once & I’ll never forget it or you! Ugh this is so sad.

Ava DuVernay: She seemed to be caught in the web of celebrity upon arrival. Twenty two years. A sad end. May the sister have peace now. #BobbiKristina.

Vivica A. Fox : RIP #BobbiKristina My deepest sympathies 2 your father #BobbyBrown n your GrandMa #CissyHouston We will miss ya 4sho darling.

Kevin McHale: So sad. So young.

Obsessed With The Weighing Machine? Here Are 5 Weight Measuring Mistakes One Must Avoid

Spider-Man: No Way Home’s Tom Holland Trolls The Hulk Star: “Where’s Mark ‘I’ll Tell You Everything’ Ruffalo When You…

Olympic gymnast Simone Biles breaks down while sharing her…