Rich life not so fun for Cara Delevingne 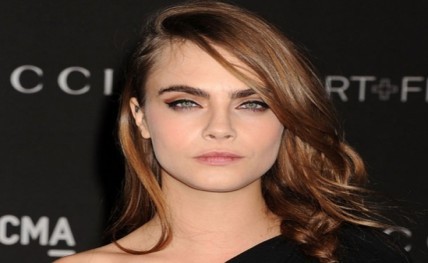 "I grew up in the upper class, for sure. My family was kind of about that whole parties and horse-racing thing. I can understand it’s fun for some. I never enjoyed it," femalefirst.co.uk quoted the actress as saying.

Meanwhile, the British model has been banned from drinking alcohol and eating junk food to help her get in shape for her upcoming film “Suicide Squad”.

"I’m not allowed to drink. I’m not allowed to eat good food. After turning 20 and eating McDonald’s all the time and drinking too much, it started to show on my stomach and on my face. But I’m playing a homicidal witch, so I need to look ripped," the 22-year-old said.  (Bollywood Country Report)

Celebrate the ‘Little Things’ in love with Dhruv and Kavya, one last…

Scam 1992 Fame Pratik Gandhi On His Struggles: “Suddenly The Whole Family Was…

Wamiqa Gabbi On Anushka Sharma’s ‘Mai’: “Content-Driven Stories With Women As Protagonists Are Going To Rule The Roost”

Despite his decline, Sunil Narine is still, by a distance,…