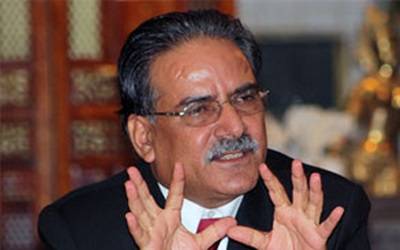 Kathmandu, July 5 (IANS) Unified Communist Party of Nepal (Maoist) chairman Pushpa Kamal Dahal, also known as ‘Prachanda’, will visit India from July 14 to 19 on an invitation from the Indian government, his party said on Sunday.

The Nepali Maoist leader’s visit to India comes at a time when the country’s constitution-drafting process is gaining momentum and disagreements have cropped up among some sections of the political class. Therefore, Dahal’s visit is widely seen as a political one.

Dahal’s five-day visit will give India an opportunity to engage with the Nepali Maoist leadership and to take stock of the political situation in the Himalayan nation.

Another Maoist leader told IANS that Dahal’s visit will also help the leader to understand as to what India thinks about Nepal’s constitutional process, besides issues related to the country’s development and prospects of a Nepal-India-China trilateral cooperation.

Political analysts in Nepal believe that issues like the breaking of the alliance between Maoist and Madhesh-based political parties will also figure prominently during the talks with Indian leaders, as Prachanda was its coordinator.

A large section of Madheshi parties, who claim to be closer to New Delhi, had a working political relationship with the UCPN (Maoist). However, after a recent agreement among the Nepali Congress, Communist Party of Nepal (Unified Marxist-Leninist) and the Nepali Maoist party on the constitution-drafting process, the Madhesh-based parties have decided to go their separate way.

On Friday, top leaders of Madhesh-based parties met India’s Ambassador to Nepal Ranjit Rae and urged him to push for inclusion of several of their demands in the constitution draft.

The Madhesh-based parties have been demanding that the agreements signed by the Nepali government with them in the past should be incorporated in the constitution and that the delineation of federal states and their names should be decided by the Constituent Assembly.

They stress that the new statute should address the aspirations of the Madhesi, Janajati, Adivasi, Muslim, women and other marginalised communities in Nepal.

Adobe invests in Aadhaar-based authentication for its…