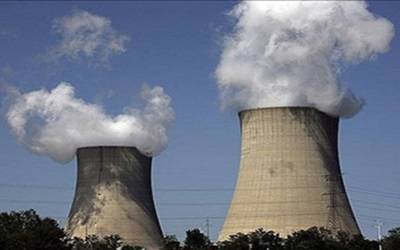 Tehran, July 2 (IANS) Iran is prepared to resolve in close cooperation with the International Atomic Energy Agency (IAEA) the remaining outstanding nuclear issues it has with the world powers, a senior security official said here on Thursday.

Tehran was determined and has the political will to reach a "fair and balanced" agreement with world powers for a long-term solution to its disputed nuclear issue, Ali Shamkhani, who heads Iran’s Supreme National Security Council, was quoted as saying by the Iranian Students’ News Agency.

"The fair and balanced agreement should safeguard Iran’s legal (nuclear) rights as a member of Nuclear Non-proliferation Treaty," he said at a meeting with visiting IAEA chief Yukiya Amano.

Iran’s active cooperation with international institutions within the framework of its obligations and conventional legal procedures is at the core of its principles, Shamkhani said, according to the official IRNA news agency.

"Any proposal which pragmatically guarantees the continuation of Iran’s peaceful nuclear technology and remove oppressive and illegal sanctions unconditionally will be welcomed by Iran," he added.

On his part, Amano expressed his understanding of Iran’s concerns and sensitivities in its cooperation with the IAEA.

Amano arrived in Tehran on Thursday to discuss mechanisms for clarification of key nuclear issues with top Iranian officials.

In June, Amano said that the progress on the clarification regarding the so-called possible military dimensions of Iran’s nuclear plan was still slow and it might take years to resolve the issue with Tehran, according to Xinhua news agency.

Iran denied the allegation, saying the information was forged and misleading.

The visit of the IAEA chief came after a June 30 deadline was missed for a comprehensive deal between Iran and five United Nations Security Council permanent members plus Germany.

On Tuesday, both sides agreed to extend the deadline by another week.

Iran and P5+1 group of world powers — the US, Britain, France, Russia, China plus Germany — are seeking a long-term solution to the disputed Iranian nuclear issue.

Under a possible deal, the IAEA will be tasked to monitor Iran’s nuclear activities and verify whether they are peaceful.

Illegal 1,500-strong rave kicks off in France after night of clashes that saw 5…

AstraZeneca must give 80mn Covid-19 doses to EU by September end, judge says as both…