Indian sentenced to 20 months for sex with minor 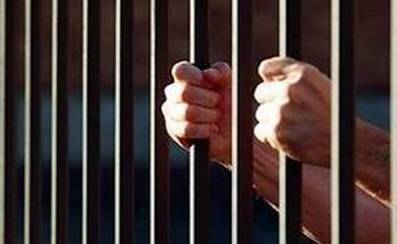 Singapore, June 30 (IANS) An Indian national in Singapore was on Tuesday sentenced to 20 months’ imprisonment for having sex with a minor, a media report said.

Dere Sachin Pravin, 39, was convicted before the State Courts on three counts of sexual penetration of a minor under 16, with two other counts taken into consideration, Channel News Asia reported.

As the 15-year-old victim is a minor involved in a sex crime, she will not be named.

The accused came to Singapore to work in 2011. At the time of the incident he was an IT professional. He is married and lives with his wife at an apartment along Flora Drive in the Upper Changi Road North area.

Police received a report on December 14, 2014 from the minor’s aunt after she discovered some messages on the minor’s Facebook account from two men. One of them had been talking about sex, Channel News Asia said.

Exactly two months before the police report was lodged, the accused had sent a ‘friend request’ on Facebook to the victim, then 14 years old.

After she accepted the request, he thanked her via a Facebook private message and asked if she wanted to play with his dogs. Sachin’s Facebook profile photo featured him and a dog.

The next day, the victim accepted the invitation and exchanged phone numbers. After meeting the victim at a train station, Sachin brought her back to his apartment. At that time, Sachin’s wife was not at home.

The victim lied saying she was 16. She also admitted she was a virgin, the report said.

Both parties continued keeping in contact with each other before meeting again a week later to have sex. Sachin’s wife was again not at home at the time of the incident.

Although the defence argued that Sachin was not aware the victim was under 16, prosecution said it was the accused’s onus to verify the age of the minor before engaging in further activity.

For sex with a minor, Sachin could have been jailed up to 10 years.

Bopanna-Mergea enter second round at Wimbledon

Top IS leader killed in coalition airstrikes in Iraq

SC slams BCCI on spot fixing; no ban on IPL