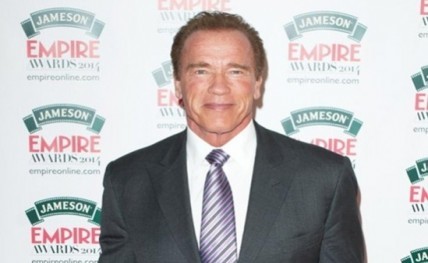 The actor posed as the Terminator wax figure at the museum in Hollywood, California.

The former Governor of California shocked fans when he suddenly came into a life as they stopped for a photograph with him, reports aceshowbiz.com.

"He looks real," said a female visitor before running away in fear as Schwarzenegger broke his pose.

"No touching," the 67-year-old actor said, shocking a boy who was screaming while stepping away.

A toddler even cried when Schwarzenegger suddenly asked for a handshake.

Before posing as a statue, the "Maggie" actor, who dressed as the T-800, walked around the streets of Hollywood. He even instructed a truck driver to get out of the vehicle and shopped for sunglasses.

The stunt was organised by Omaze.com to raise money for a range of charities using famous celebrities.

The donation will be given to After-School All-Stars, a charity which provides after-school programs to keep children safe.

The prank was also meant to draw people’s attention to a competition which offers the winners invitations to the "Terminator Genisys" premiere here next month.

The movie also stars Emilia Clarke and Jason Clarke. In addition to opening in regular theaters, the movie will be shown in 3D, Real 3D and IMAX 3D.  (Bollywood Country Report)

Perrie Edwards not behind Malik’s One Direction exit

Despite opposition from Republican voters, Juneteenth platitudes pour in from all sides

Saliva ban can impact a lot when it comes to reverse swing:…