‘Mr. X’ has got nothing to with ‘Hollow Man’: Amyra 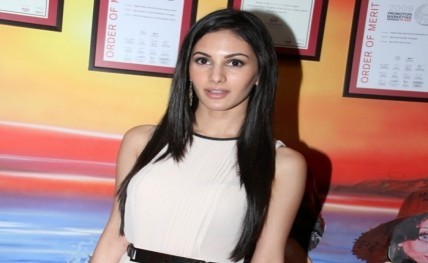 Mumbai, April 3: Actress Amyra Dastur, who will be seen in "Mr. X", says the film has nothing to do with the Hollywood hit "Hollow Man".

"Mr. X" is about Emraan’s character, who has a dramatic past that leads to the birth of a new character — an invisible man ‘Mr. X’ who seeks revenge for all the wrongs done to him.

"I would like to clarify that ‘Mr. X’ has got nothing to do with ‘Hollow Man’. Our film is not even based on that film and neither is it inspired by it. ‘Mr. X’ is a fresh film altogether. It’s a story about love and hate, but I can’t reveal the plot of the film right now," Amyra told Bollywood Country.

The movie is slated to hit the screens on April 17.

The 21-year-old, who ventured into Hindi cinema in Manish Tiwary’s "Issaq" alongside Prateik Babbar, said it was very difficult shooting for "Mr. X" as she had to shoot twice for each scene — one with her co-star Emraan Hashmi and the other without him.

"The scenes without Emraan were not easy at all. It was a great learning experience for me," said Amyra, who is content with the kind of movies and scripts that are being offered to her.

"I am extremely happy with the films I am getting. Neither am I looking old nor too young. I am doing films where I can justify myself as an actress," she said.  (Bollywood Country Report)

Mayawati, Akhilesh ‘looted’ people when in…