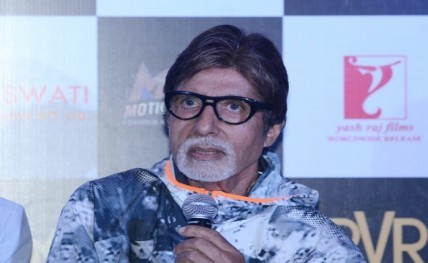 Interacting with the media at the inauguration of the "India by the Nile" festival here on Monday, Bachchan noted that the two countries have always enjoyed "good relations" and the bond has been further strengthened by cinema.

"Cinema is a great integrator. Movies give us an opportunity to laugh and cry together. When we go to watch a movie we don’t ask the religion or caste of the person sitting next to us," Bachchan, who enjoys a huge fan following in Egypt, said.

The superstar has been roped in for the third edition of the festival being organised by the Indian embassy in partnership with Egypt’s ministry of culture and tourism as well as the Cairo Opera House.

Bachchan said the festival (March 30 to April 17) is an opportunity to bring the Indian and Egyptian cultures together.

"We’ve had a historic legacy as both the civilisations grew up on the banks of two rivers – the Ganges and the Nile.

"We’ve always had good relations with Egypt and this festival provides an opportunity to bring the two cultures together," he said.

"It’s wonderful for the film industry."

Speaking on Egypt’s tourism industry which has been hit the most in the wake of the 2011 political upheaval, Bachchan said things have started to look up.

"Egypt is an important destination for tourists owing to it’s rich history. And now things are settling down here," said Bachchan.

The River by the Nile festival too is an attempt to give a boost to the tourism sector of Egypt — the country’s major revenue earner.

In addition to screening Bachchan’s films, the festival will promote yoga, Indian handicrafts, folk dances and street food among the locals.

Bachchan hoped that more and more Indians will be lured toward Egypt in the near future.

Illayaraja in London for re-recording of ‘Rudhramadevi’

‘Gaav Tithe Congress’ will be implemented in…