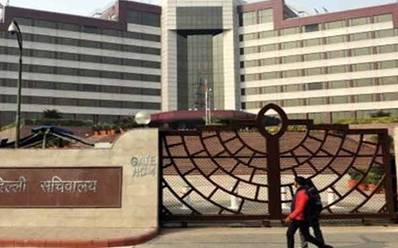 New Delhi, Feb 17 (IANS) The Arvind Kejriwal led-government did not allow the media to enter the Delhi Secretariat for the second consecutive day on Tuesday.

On Monday, the first working day of the Aam Aadmi Party (AAP) government, media persons were barred from entering the Delhi Secretariat following a scuffle among some journalists, TV crew and photographers.

Security personnel at the secretariat said they have directions from government officials not to allow in media persons.

However, the Delhi government spokesperson denied any such directive was issued by the government banning the entry of journalists inside the secretariat.

‘These are our priorities now’: Biden admin mocked for issuing first gender-neutral…

Accused January 6 rioter, who now ‘loathes’ Trump and asked solitary to avoid others…

‘Enormous amount of bullets on set’: Criminal charges ‘not ruled out’ in ‘Rust’…

US Army not ready to ‘fight tonight,’ internal survey suggests, as Pentagon insists…

Loki Season 2: Tom Hiddleston Reveals Where The New Season Will Begin From, Says “Sorry To Disappoint You”

Vicky Kaushal & Katrina Kaif To Get Married By December, Wedding Outfits To Be Designed By Sabyasachi?

Happy Birthday to best batsman of the game: Shoaib Akhtar…