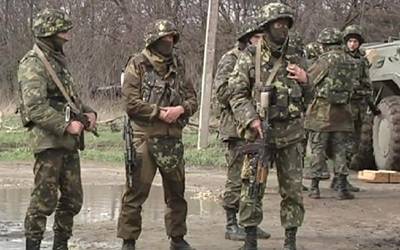 Kiev, Feb 10 (IANS/EFE) At least seven Ukrainian soldiers have been killed and 23 injured over the past 24 hours in clashes with pro-Russian separatists in eastern Ukraine, the Ukrainian military command said on Tuesday.

Ukrainian armed forces spokesman Vladislav Seleznev said that a total of 559 soldiers, 28 of whom were seriously injured, are being treated in the country’s hospitals.

According to the Ukrainians, the heaviest fighting is taking place in Debaltsevo, a strategic area located halfway between the cities of Donetsk and Luhansk, both controlled by the separatists.

"After receiving a response from the Ukrainian soldiers, the criminals withdrew with heavy casualties," said the spokesman, adding that 18 attacks against the government forces took place in the 24-hour period.

Meanwhile, representatives of the Kiev government and the separatists are scheduled to hold a new round of negotiations Tuesday in Belarus’s capital Minsk, ahead of the scheduled summit between Ukraine, Russia, Germany and France to present a peace plan for the Ukrainian conflict.

"I expect that the negotiations will not be easy. That is for sure, for us and for them," said Igor Plotnitski, the leader of the self-proclaimed breakaway Luhansk People’s Republic, one of the two entities created by the pro-Russians in eastern Ukraine.

The previous round of talks in Minsk ended in failure because the separatist negotiators refused to recognise former Ukrainian president Leonid Kuchma as Kiev’s representative in the Ukraine Contact Group, which also includes Russia and the Organisation for Security and Cooperation in Europe.

The separatists said that they would not make any concessions concerning the separation line of forces, after their militias seized hundreds of miles of territory that was under the control of government troops in recent weeks.

More than 5,300 combatants and civilians have been killed since the outbreak of the conflict in eastern Ukraine in April last year.

China goes on offensive against US during talks

8 killed in 22-car pileup in Utah during sandstorm

Facebook and tech giants to target manifestos, militias in database

US calls on China to be responsible power

Watch: How the traces of Pegasus spyware were detected on the phone of Jamal Khashoggi’s fiancée

Modi may be shown black flags in Goa