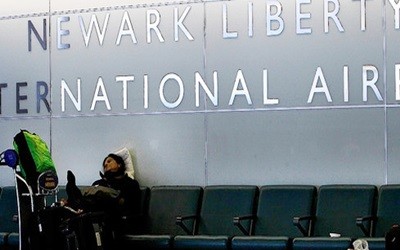 NEWARK (NJ) — Flights have resumed in and out of Chicago, but more than two-dozen arrivals and departures in Newark Liberty International Airport are cancelled even in the evening on September 29.

An early morning fire in a Federal Aviation Administration (FAA) control center in Aurora, Illinois led to a five-hour ground stoppage at O’Hare and Midway airports. Authorities found the man suspected of setting the fire in the basement with self-inflicted wounds as well as burns to his body.

By midday, nearly 1,800 flights in and out of Chicago alone had been cancelled. As of 4 pm, 35 flights to and from Chicago and Newark airport were cancelled, said Ron Marisco, a spokesman for the Port Authority of New York and New Jersey.

United Airlines cancelled five flights in and out of Newark through 4:30 pm.

Southwest had cancelled five arrivals and four departures, Marisco said. Southwest flights are to and from Midway.

Gridlock Alert Day-Avoid Driving In NYC During These Holiday Season

Bengaluru Test ends in draw as play is called off