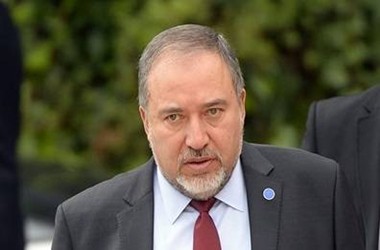 "Gush Etzion settlement bloc reflects a wide consensus in the Israeli society and it is clear to everyone that as part of any (possible future peace) agreement, Gush Etzion would remain a part of the state of Israel," Xinhua cited Lieberman, who added that Israel stands by the decision.

On Sunday, Israeli authorities announced appropriation of nearly 1,000 acres of land in the Gush Etzion settlements bloc in the West Bank south of Jerusalem.

Israel occupied the West Bank during the 1967 Mideast War. West Bank settlements are considered illegal by the international community.

The decision to appropriate the land was made by the Israeli government following the kidnapping and killing of three Israeli teenagers in June.

Other prominent Israeli ministers, Tzipi Livni and Yair Lapid, have both criticised the decision.

The move garnered harsh criticism from the international community, including the European Union, Britain, France and Egypt.

The US harshly criticised it and urged the Israeli government to rethink it.

"We condemn the new appropriation of land in West Bank, relating to plans for further settlement expansion," Xinhua reported citing the EU spokesperson as saying to Ha’aretz daily.