Healthy diet key to boosting immunity as you age 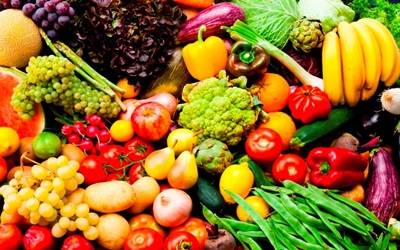 London, Aug 26 (IANS) While attempting to find why immunity decreases with age leading to life-threatening diseases, researchers have cracked how to rejuvenate ageing immune cells.

As we age, our immune systems decline. Older people suffer from increased incidence and severity of both infections and cancer. Vaccination too becomes less efficient with age.

Now, a team of scientists from University College, London has demonstrated how an interplay between nutrition, metabolism and immunity is involved in the process of ageing.

Professor Arne Akbar’s team showed that ageing in immune system cells known as ‘T lymphocytes’ was controlled by a molecule called ‘p38 MAPK’ that acts as a brake to prevent certain cellular functions.

They found that this braking action could be reversed by using a p38 MAPK inhibitor, suggesting the possibility of rejuvenating old T-cells using drug treatment.

In a new study published in the journal Nature Immunology, the group showed that p38 MAPK is activated by low nutrient levels, coupled with signals associated with age (senescence) within the cell.

“It has been suspected for a long time that nutrition, metabolism and immunity are linked and this paper provides a prototype mechanism of how nutrient and senescence signals converge to regulate the function of T-lymphocytes,” Akbar explained.

In a second paper published in the Journal of Clinical Investigation, researchers showed that blocking p38 MAPK boosted the fitness of cells that had shown signs of ageing.

Once Upon A Time, Bobby Deol’s Film Beat SRK’s DDLJ At The Box Office & Everyone…

The Best and Most Affordable Minimizer Bras of 2021

Olive Oil, Coconut Oil Or Desi Ghee, Which Is The Healthiest & Why?

Meet The Rothschilds, The Richest Family Of All Time Who Started World War I To Make…

Here’s How These 9 Bollywood Celebrities Spent Their First Salaries

President gives assent to promulgation of Ordinance to amend…