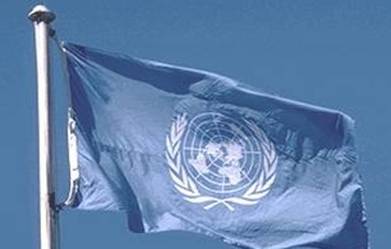 Geneva, July 31 (IANS/WAM) As it marked the first ever World Day Against Trafficking in Persons, the UN has called for an end to human trafficking, urging all countries to ratify and fully implement the relevant international convention and protocol.

The world body on Wednesday also appealed to everyone to open their eyes to the crime of human trafficking and their hearts to the victims and support efforts to tackle the root causes.

"Human trafficking is a callous global industry that denies victims their rights and dignity and generates billions of dollars for organised criminal networks," said UN Secretary-General Ban Ki-moon in his message on World Day Against Trafficking in Persons.

"Most of those trafficked are vulnerable women and children, deceived into a life of suffering. They are exploited for sex and forced to work in conditions akin to slavery," he said.

"I urge all countries to ratify and fully implement the United Nations Convention against Transnational Organised Crime and its Protocol on Trafficking in Persons."

The UN’s call comes four years after the UN General Assembly adopted a Global Action Plan to combat the crime with a focus on preventing trafficking, prosecuting offenders and protecting victims. This plan calls on states to set up national programmes that implement these measures.

"This first World Day Against Trafficking in Persons is a call to action to end this crime and give hope to the victims, who often live unrecognised among us. To stop the traffickers, we must sever funding pipelines and seize assets," added Ban.

"Enforcement, cross-border cooperation and information-sharing can all be effective, but ending human trafficking also means tackling the root causes. Extreme poverty, entrenched inequality and a lack of education and opportunity create the vulnerabilities that traffickers exploit. Ultimately, the best protection is to accelerate development for all."

"Victims of trafficking who are fortunate enough to be freed need assistance to regain their rights and reintegrate into society," noted Ban, adding that the UN Trust Fund for the Victims of Trafficking in Persons, Especially Women and Children, works on their behalf but needs additional funding.

"I appeal to everyone to support the UN campaign, ‘Have a Heart for Victims of Human Trafficking’."

The UN is using the World Day Against Trafficking in Persons to raise public awareness of the horrific violations suffered by millions of victims of trafficking. It says such violence and abuse must not go unpunished. Since human trafficking occurs in all countries, the UN says all governments must work to end this hideous practice.

The UN’s 64th General Assembly launched the Global Plan of Action to Combat Trafficking in Persons on Aug 31 last year, one month after its adoption of a consensus resolution outlining its terms.

The General Assembly said human trafficking was among the worst human rights violations and constituted "slavery in the modern age".

It said "no country was immune – almost all played a part, either as a source of trafficked people, transit point or destination."

One child killed in Mumbai landslide

Girls will return to secondary schools in Afghanistan, but only after ‘safe…

Witnesses say explosion targets Taliban, 2nd in as many days

India plans to reopen for international tourism within 10 days, reports say, will…

Elderly Australian woman knocked down & PEPPER-SPRAYED by police during Melbourne…

Want a happy married life? Have sex 11 times a month

New laws will break the backbone of agriculture sector:…