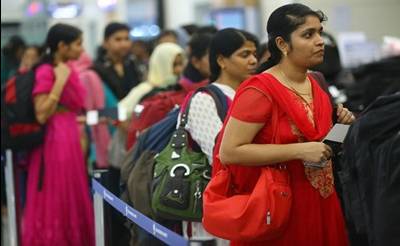 New Delhi, July 24 (IANS) India has rescued 58 Indian nurses from violence-hit Iraq in an “extremely difficult” operation, days after rescuing 46 Indian nurses who were in the control of the Sunni jihadists in Tikrit.

Indian external affairs ministry spokesperson Syed Akbaruddin said the 58 nurses were “brought out through the land route” in batches over the last three weeks. The rescue operation was undertaken in “extremely difficult circumstances.. through friends in Iraq”, the spokesperson said.

Earlier this month, the 46 nurses, all from Kerala, were brought back from Iraq. The nurses had been stranded for weeks at a hospital in Tikrit, that was overrun by the Islamic State of Iraq and Levant militants. The nurses were taken to Mosul by the ISIS militants, who later took them to Erbil and released them. The release followed prolonged negotiations by the Indian government through their interlocutors, including from friends in the region.