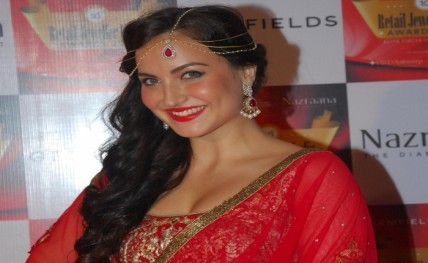 At the Retail Jewellers India Awards 2014, Elli shared that she is eagerly waiting for the film and even crooned a few lines of the ‘Hangover’ song from the film.

“I liked the trailer. I am very excited for the film. But I would not be in India when the film will release as I will be travelling to Greece to celebrate my birthday. Once I will be back the first thing I would do will be watching Kick”, says Elli Avram.

Scientist who died on MH17 brought HIV cure to poor

Shilpa Shetty Kundra To Now Judge India’s Got Talent, Says “I Am Thrilled To Join The…

Bipasha Basu Recalls Her Debut Performance In Ajnabee & Says, “Had An Opportunity…

This rise will demand a lot of courage: Shilpa Shetty’s post after Raj Kundra gets…

US ‘hegemony’ has ‘failed miserably’ & sanctions amount to ‘crime against humanity,’ Iran’s president says in fiery…