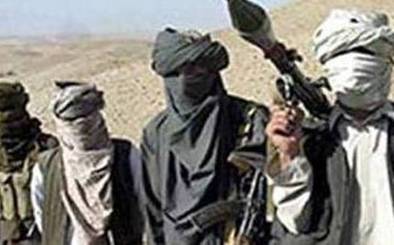 "A total of 22 suicide bombers launched a massive offensive against the police headquarters and provincial governor’s office this morning and security personnel retaliated, killing all the attackers within an hour," Raziq said at a press conference.

He also said that two suicide bombers were killed in self-detonated explosions while the remaining 20 were shot dead during the subsequent clash with the security personnel, Xinhua reported.

"Five security personnel and four civilians, including a woman, were killed in the firefight which lasted for an hour," the police chief said.

Nine civilians sustained injuries during the clash, he added.

Meanwhile, Qari Yusuf Ahmadi, who claimed to speak for the Taliban, spoke to the media via telephone from an unknown location and claimed responsibility for the massive attack and insisted there have been huge casualties and damage in terms of life and property on the government side.

Taliban militants fighting the government have intensified activities since launching their spring offensive in May in Afghanistan.

This is the heaviest Taliban offensive in south Afghanistan over the past week.

The Taliban militants have carried out rocket attacks against Kabul airport and a suicide attack against a military bus in Kabul, killing at least eight military personnel over the past week.

Taliban fighters also targeted earlier a parking lot where oil tankers providing fuel to the NATO-led troops were stationed in the outskirts of Kabul, burning to ashes more than 200 tankers.

Covid disruption has drastic effect on malaria deaths – WHO data

‘Mystery hut’ spotted on dark side of Moon

China has deployed me to crush Baloch movement: Pak general…