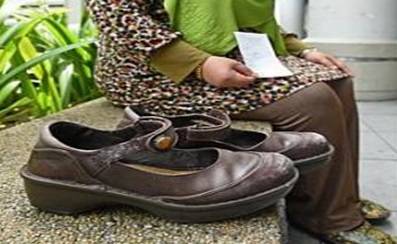 Refund for shoes lined with pig skin in Singapore Singapore, June 24 (IANS) A Muslim woman in Singapore has demanded a refund for a pair of shoes that were lined with pig skin, a media report said on Tuesday.

Administrative assistant Nur Najwa Abdullah, 43, is demanding the refund from footwear chain Happy Walker, claiming that the sales staff had told her the shoes were made of calf skin, Straits Times reported.

The shoes were worth $279 and Abdullah only realised the flaw after wearing them for six months.

Ustaz Firdaus Yahya, manager of the Darul Huffaz Learning Centre in Singapore that teaches the Quran, said: "In Islam, anything related to a pig, such as the meat or the skin, is considered unclean."

Islamic experts say while the use of pig-skin products is not considered a sin, a Muslim should go through a cleansing ritual if he or she has used the product.

Covid disruption has drastic effect on malaria deaths – WHO data

‘Mystery hut’ spotted on dark side of Moon

ED gets custody of 3 key accused in Kerala gold smuggling…