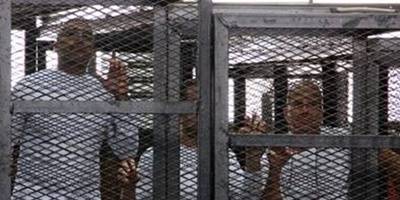 Cairo, June 19 (IANS) Al Jazeera Arabic service journalist Abdullah Elshamy, who was jailed without any charge in Egypt for the last ten months, has been released, a media report said on Wednesday.

Abdullah Elshamy, a 26-year-old Egyptian reporter who was arrested during a reporting assignment of dispersal of Rabaa Aladaweya sit-in in capital Cairo Aug 14, 2013, was released from city’s Scorpion prison on Tuesday, Al Jazeera reported.

Al-Jazeera is a Doha-based broadcaster owned by the Qatar’s Al Jazeera Media Network.

On Monday, the public prosecutor ordered his release after he was held in jail without charge for more than 10 months.

Elshamy began his hunger strike in January to protest his detention.

The jubilant Egyptian thanked everyone for their support during his imprisonment.

"I have won. Everyone who is a freedom fighter or a journalist doing his work credibly and honestly has won," Al Jazeera quoted Elshamy as saying after he was released from police station in Nasr City – a northern Cairo suburb Tuesday.

Elshamy called on Egypt to release other journalists, including three who work for Al Jazeera’s English channel – Peter Greste, Baher Mohamed and Mohamed Fahmy – and who have spent 171 days in jail.

"It is important to mention that this is only the beginning. I am more determined to carry on this struggle than before," he added.

Greste, Mohamed and Fahmy are still jailed while charged with aiding a banned organisation and reporting "false news".

Libya wants US to hand over Benghazi attack suspect