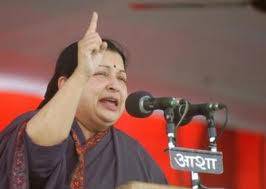 Jayalalithaa said: “I was deeply saddened to hear of the passing away of Cardinal Duraisamy Simon Lourdusamy, a pillar of the Catholic community.”

Jayalalithaa said Cardinal Lourdusamy was the Prefect Emeritus of the Congregation for the Oriental Churches in the Roman Curia and was elevated to the Cardinalate in 1985.

Born in Kalleri village near Gingee in Tamil Nadu Cardinal, Lourdusamy had his early education at St. Ann’s in Dindivanam and completed his high school studies at St. Joseph High School in Cuddalore.

Jayalalithaa said Cardinal Lourdusamy after studying further at Loyola College here, was sent to Rome to pursue higher studies in the area of Canon Law at the Pontifical Urbaniana University.

“The Cardinal’s rise from humble beginnings and his service to the church would forever be etched in the history of the world. A man of the cloth, he was a true believer in the fatherhood of god and the brotherhood of man,” she said.

15-Year-Old Teen Gets USB Cable Stuck Inside His Genitals…