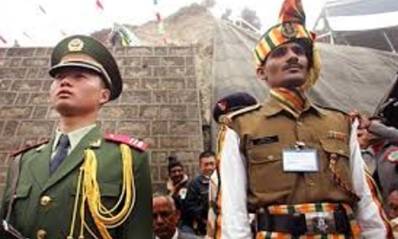 ‘China-India relations will improve under Modi’ Beijing, May 20 (IANS) Narendra Modi being at the helm of the Indian government will help solve the complicated China-India border dispute, a Chinese newspaper opinion piece said.

"The China-India border issue was generated under the leadership of then Congress leader Jawaharlal Nehru, Modi and the BJP have no historical burden over this, which may help solve the thorny issue," the Global Times article published Monday said.

Liu Zongyi’s article said that the new prime minister will boost India’s infrastructure and manufacturing and there will be a myriad opportunities for Chinese enterprises.

"As a right-winger in Indian politics, Modi is more likely to become India’s ‘Nixon’ who will further propel the China-India relationship," it said.

Modi promised he "will try to make India self-reliant and strong" in 10 years. India needs a peaceful and stable neighbourhood to facilitate domestic economic development, the article stated.

How smart phones are ruining your sleep

15 vehicles TORCHED in night of violence in Alencon, France after teen’s arrest…

Sudan suspended from African Union until civilian-led government is restored…

Where it hurts: Poland must pay 1 million euro PER DAY in rule-of-law row with EU,…

US lawyers tell UK court Assange can safely be extradited

Supreme Court refuses to interfere with plea seeking to…