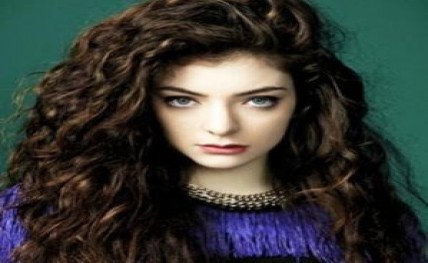 Sao Paulo, April 7: Singer Lorde has played the biggest show of her career — performing for 40,000 people in Brazil.

"Today I found out that I played to forty thousand people at Lolla last night (Sunday)," the singer tweeted Monday after the show, The New Zealand Herald reported.

The "Royals" star will be in Australia later this month for her much anticipated tour.

And judging by the response of her stage shows so far, Aussies are in for an incredible ride.

Lorde kicked off her set with "Bravado and Glory" and "Gore" before launching into "Royals" during the middle of the show.

She also pulled out her much-celebrated cover of rapper Kanye West’s track, "Hold My Liquor", and a confetti canon was unleashed during "Team".

Dancing on stage, she showed her appreciation for the South American country by wrapping herself up in a Brazilian flag.

And after the gig she tweeted a picture of huge crowd, with the caption: "Love you Brasil".

The singer, who wore white pants on the Brazilian stage, has recently spoken about how wearing pants rather than skirts make her feel powerful.

"Jackets and pants are my power clothes. I agree with Annie Lennox when she said, ‘wearing a suit is like wearing armour’," she told Canadian magazine, Fashion.

"I wore pants and a shirt at the Grammys because it made me feel confident. I remember looking at early photos of Patti Smith when she was wearing those men’s shirts she chopped off at the sleeve.

"That, to me, is the strongest look in the world," she added.

Will look if poll code violated in Muzzaffarnagar: EC

Sara remembers Sushant as ‘Kedarnath’ completes 3 years: He was most helpful first…

Video of gratitude: This Navy officer says ‘I am because of my family’. Watch

Namak Issk Ka Fame Aditya Ojha: “If Not An Actor I Was For Sure A Cricketer”

Arjun, Anil Kapoor are fun to work with, says Neha