Efforts in US to mark Feb 12 as ‘Darwin Day’ 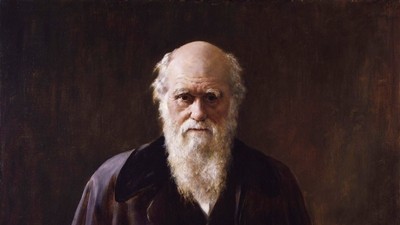 Washington, Jan 31:  As scientists the world over prepare to celebrate the 205th birthday of Charles Darwin – known as father of evolution – that falls Feb 12, US lawmaker Rush Holt has re-introduced a resolution in Congress to declare the day as ‘Darwin Day’.

The Washington-based American Humanist Association, that worked with Holt on Darwin Day resolution, is in the process of sending copies of the resolution to all 535 members of Congress to garner support.

“Charles Darwin is even more than the author of the theory of evolution, as great as that is. He represents a way of thinking, a philosophy, a methodology,” said Holt.

“It was his thirst for knowledge and his scientific approach to discovering new truths that enabled him to develop the theory of evolution. This lesson, about the value of scientific thinking, is almost as valuable as the theory he uncovered,” he added.

The Darwin Day resolution was first introduced in the House of Representatives in 2011 by former lawmaker Pete Stark of California. It was reintroduced by Holt in 2013.

“We’re pleased to join Holt again in support of a Congressional resolution honouring Darwin’s contributions to science and humanity,” Roy Speckhardt, executive director of the American Humanist Association, was quoted as saying in a press release issued by the International Darwin Day Foundation.

Darwin’s evolutionary discovery of natural selection as the basis for biological transformations responsible for the diversity of life on earth is the foundation of modern biology, genetics, and medicine.

Other areas of science and the humanities can also trace advancements to Darwin’s ideas.

NGO Raises Over 20 Million for Specially Abled in India