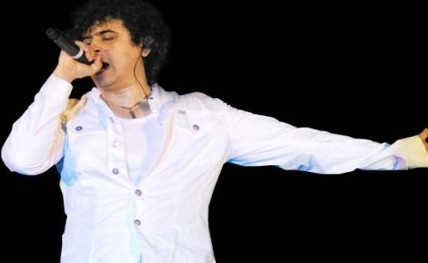 New Delhi, Jan 5 : A musical performance by singer-composer Palash Sen and his troupe Euphoria set feet tapping at an event organised at the renovated Connaught Place here to mark the centenary celebrations of the New Delhi Municipal Council (NDMC).

Thousands of people, gathered in the Central Park of Connaught Place, Saturday evening cheered Palash’s popular songs "Mai Re…" and "Dhoom – Pichak" which he was asked to repeat many a time by the enthusiastic public.

Mita Srivastava, wife of NDMC chairman Jalaj Srivastava, inaugurated the programme which was organised by the NDMC — one of India’s oldest civic bodies — as part of its centenary celebrations.

On the occasion, NDMC engineers who were involved in the re-development of Connaught Place were also felicitated by the New Delhi Traders Association (NDTA).

Aryan Khan Case: NCB’s Sameer Wankhede To Be Investigated By A Senior Officer…

Focus was to make a simple film, says Koozhangal director on the movie’s selection as…

Watch: Rapper Baba Sehgal finds panipuri in Ukraine, and ends up writing a song about the dish