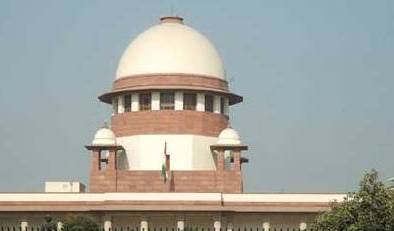 New Delhi, Nov 18: The Supreme Court issued notice to the centre and the home ministry on a petition challenging former president Pratibha Patil's decision commuting the death sentence of five people convicted of child rape to life imprisonment on Monday.

Senior counsel S. Naphade, appearing for petitioner Pinki Virani, told an apex court bench headed by Chief Justice P. Sathasivam: "The Supreme Court has itself laid down parameters under which death penalties are awarded. These are crimes of extreme brutalities. How can article 72 be exercised to commute the death penalty to life imprisonment?"
Article 72 of the constitution empowers the president to commute a death sentence to life imprisonment.
Virani is an author who has extensively written on child abuse in India.

‘Another uprising’: Black Lives Matter pickets restaurant over incident with…

‘Unacceptable!’: Republicans & Democrats team up for Israel after progressives…

‘Situation is getting out of control’: Migrants from Haiti revolt in attempt to…

Space Force uniform starts fight over which sci-fi show it copied, but everyone is…

Biden hails end of ‘relentless war’ in first UN speech, but vows to focus on…

No rest for the wicked? Anti-war activists continue to heckle liberal media darling…

iPhones to detect depression, cognitive decline & anxiety in users…problems it could cause in the first place,…

‘Situation is getting out of control’: Migrants from Haiti revolt in attempt to escape bus transporting them in Texas