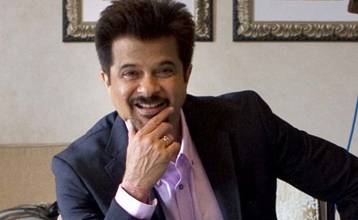 Mumbai, Aug 20 (IANS) Bollywood actor Anil Kapoor is on Twitter. He says his daughters – actress Sonam and filmmaker Rhea – pushed him into joining the microblogging site.

"So after all that coaxing by my digitally savvy daughters, I am finally on Twitter. Let's connect," Anil posted in his first tweet Tuesday.

Both Sonam and Rhea are active on social networking sites.

The actor, who has featured in films like "Race 2" and "Shootout at Wadala" this year, is busy gearing up for his debut TV production – the Indian adaptation of hit international TV series "24" for the Colors channel.

In the desi version, Anil features in the lead role of Counter Terrorist Unit agent Jack Bauer, which was originally essayed by actor Kiefer Sutherland.

The TV show, which also features veteran actress Shabana Azmi, is directed by Abhinay Deo. The date of its telecast is yet to be revealed.

Special screening of ‘This Is Us’ at White House

India, US bank on Manmohan visit to boost ties