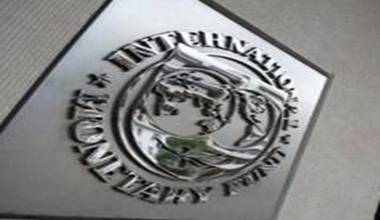 Washington, March 28: The International Monetary Fund (IMF) has urged policymakers of both developed and developing countries to reform energy subsidies, arguing that this could alleviate budgetary pressures and generate big gains both for economic growth and the environment.

In 2011, energy subsidies reached $480 billion, accounting for 0.7 percent of global GDP, or 2 percent of total government revenues, the IMF estimated. If the negative externalities from energy consumption are factored in, the figures would be even higher, reported Xinhua.

"The paper shows that for some countries the fiscal weight of energy subsidies is growing so large that budget deficits are becoming unmanageable and threaten the stability of the economy," IMF First Deputy Managing Director David Lipton said in a speech Wednesday.

For some emerging and developing countries, he said, the share of the scarce government resources spent on subsidies remains "a stumbling block" to higher growth and fundamentally impairs their future.

"Clearly, when a country embarks on subsidy reform, there is a need to be mindful of possible adverse effects on the poor, and mitigating measures to protect the poor have to be built into the reform plan," said Carlo Cottarelli, director of IMF’s Fiscal Affairs Department.

While keeping energy prices down has been considered as a way to protect the poor, the IMF argued that on average, the richest 20 percent of households in low and middle-income countries capture six times more in fuel subsidies than the poorest 20 percent.

The paper also drew on lessons from international reform experiences from 22 country case studies, both successful and unsuccessful reform episodes over the past two decades. It noted energy subsidy reform needs a comprehensive energy sector reform plan which entails clear long-term objectives, analysis of the impact of reforms, and consultation with stakeholders.

"Energy subsidization is a major problem, but one that can be solved," said Lipton. "It is better to do it the right way, than to do it right away," he added.

‘They won’t ask questions on point’: Biden tells PM Modi not to answer to US press…

Elon Musk and Grimes split to cavalcade of memes, insisting they still ‘love each…

Biden blasts horseback Border Patrol officers, vows they ‘WILL PAY’ for trying to…