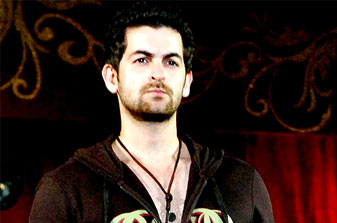 Mumbai : Actor Neil Nitin Mukesh is about to fulfil his long-standingdream of doing a horror film. Titled 3G and directed by Shantanu and Sheershak, it will be shot in Fiji, and Neil will play a man with a split personality.

“This will be tough for me,” says Neil. “I’m afraid of death, so for me, this will be difficult to portray on screen. Getting into the two psyches of a split personality is not that easy.”

Neil, who was recently made brand ambassador of Volkswagen’s Think Blue initiative and who has just finished the shoot for director Susi Ganeshan’s Shortcut Romeo, will be paired with Sonal Chauhan in 3G. The two actors have been seen together frequently.

“Let me be honest about it. I genuinely like her a lot,” says Neil about Sonal. “She is a lovely human being and a good girl. If, God willing, anything has to happen I would love it.”

After 3G, Neil will turn gangster for David, director Bijoy Nambiar’s next film. “I am looking forward to it,” says Neil. “I have always done grey characters. They have a lot more edge.” His last film, Players (2012), in which he played a computer hacker, failed at the box office, but Neil remains in touch with its filmmakers Abbas-Mastan who have cast him in two more films.

“They are still in the scripting stage,” says Neil. One of these films is apparently the remake of the 1993 Shah Rukh Khan hit, Baazigar. So is he really playing SRK’s part? “I can only say, I love grey films,” grins Neil.

Ranveer Singh To Keep A Fast For Deepika Padukone This Karvachauth, Applies Mehendi…

Prime Video To Treat Viewers To 10 New K-Dramas! Reveals The Titles Of The Same

Scam 1992 Star Pratik Gandhi On Facing Rejections From Television: “I Was Always Told…

Ben Affleck On Working With Ridley Scott: “There Was An Incredible Amount Of Energy…”

Emraan Hashmi Reveals Why Horror Films Doesn’t Work In India: “Not Too Many People…

Rathnan Prapancha Movie Review: Dhananjaya & Umashree Are The Heart Of This Film…

‘No change’ in US policy on Taiwan, White House says after Biden vows to defend it against China

Always focus on delivering the best for team: Rashid Khan…