Breakthrough! A transgender can now be Miss Universe 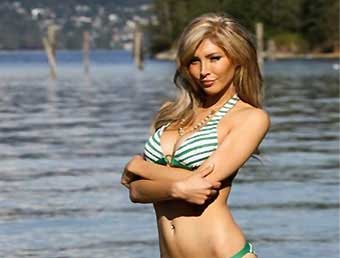 Donald Trump’s Miss Universe contest threw open its doors to transgender models, saying men who have had a sex change deserved the same treatment as any other women.

The transgender contestants will be able to strut their stuff in the international beauty championships, starting with pioneering sex-change model Jenna Talackova, who will be allowed to take part this year.

Gay and transgender rights organization GLAAD, which has been fighting on Talackova’s behalf, hailed the news.

“The Miss Universe Organization today follows institutions that have taken a stand against discrimination of transgender women including the Olympics,” said GLAAD spokesperson Herndon Graddick.

Paula Shugart, president of the Miss Universe Organization, said on GLAAD’s website: “We have a long history of supporting equality for all women, and this was something we took very seriously.”

The reversal of longstanding policy followed a campaign by Talackova, a statuesque, blonde transgender model from Canada who says she underwent surgery to become a woman because she was born in “the wrong body.”

If you’re a nice guy, thank your genes

NGO Raises Over 20 Million for Specially Abled in India